Some interesting snippets about Tropical Depression 05B which formed last year at the same time.

On November 1 2013 Tropical Depression Wilma formed about 1700 kms west of Philippines moved west all the way passing through Philippines, Malayan Peninsula and reached Bay of Bengal on November 8th after having land interactions at more than 6 places. 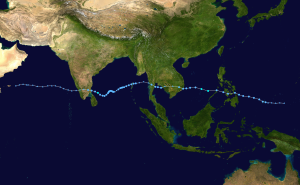 It continued its journey towards Peninsular India becoming a depression once again getting named Depression BOB05 and crossed the coast near Nagapattinam on November 16th. Incidentally the best rainy spell for Tamil Nadu last year was during this particular depression, the only saving grace in what was a bad Northeast Monsoon year. 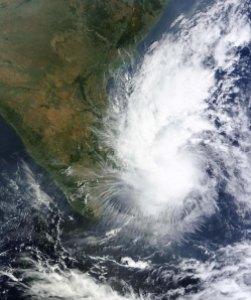 Not wanting to end there it traversed across the Peninsular India to re emerge over the Arabian Sea and continued its journey towards Africa.  It dissipated just south off Socotra Islands off the Somalian coast almost touching Africa as well after starting in Western Pacific Ocean. 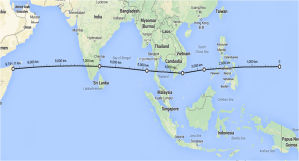 Approx No. of Land Interactions 8